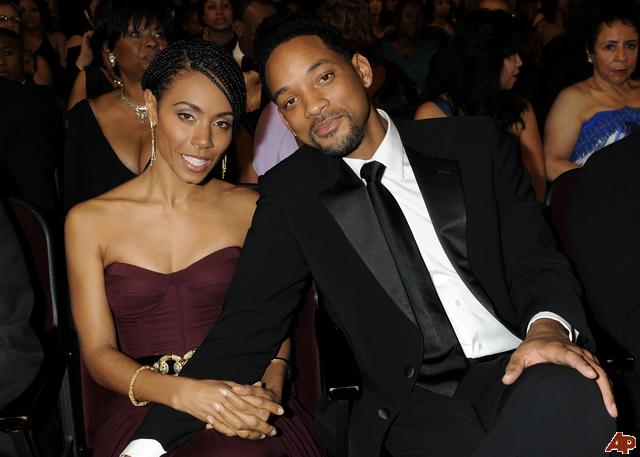 Jada Koren Pinkett was born on September 18, 1971. Her name came from her mother’s favorite soap opera actress Jada Rowland. Her parent’s name is Adrienne Banfield-Jones, who is a head nurse and Robsol Pinkett Jr, who ran a construction company. Her mother, Adrienne, became pregnant in high school, and her parents were forced to marry but ended up divorcing several months later. So, after the divorce, Adrienne became a single mother raising Jada and her brother alone with the help of her mother, who is a social worker. Jada comes from a line of Jamaican descent. At an early age, Adrienne noticed Jada’s passion for the arts. So she enrolled Jada in tap dancing, and various of other dancing, which includes ballet dancing. Now with it being just the two and 3 of them, Jada became very close with her mother as she made that well known.

They are just like many mothers of one daughter, or just one child period. The conversations are different from a parent with multiple kids, and you become friends. Being a one parent mother to a daughter, and we are best friends. Now, with Adrienne so invested in her daughter’s future, she later enrolled Jada in dance and theater at Baltimore School of Arts.

She met Tupac at this school. She left there and attended North Carolina School of the Arts while there she decided that acting is what she wanted to do. So, she moved to Los Angeles to stay with a stunt woman name LaVern Whitt who got her jumped started in the industry.

Her first real acting gig was in “True Colors” she appeared In many guest roles in several TV shows. It was in 1994, whereas she acted alongside Keenen Ivory Wayans in “A Low Down Dirty Shame,” she got great reviews. She then starred in “Jason’s Lyric.” and the hits kept coming, and she later married Will Smith, and they had two kids, and so on, so forth with her many career endeavors.

Let’s Get Personal and Scandalous

Okay, we all know that she met Will on the set of The Fresh Prince of Bel-Air. They became friends, and they later married on December 31, 1997. However, it is not the marriage, it is also the rift and secrets within this marriage. I talked a little about their marriage in the video I did about Will Smith, will leave the link below.

Will and Jada were reported to have seen each other while he was still married to Sheree Zampino. The two were already drifting apart.

Also, Will Smith might have cheated with Margot Robbie because of some pictures that had come out in Star Magazine. Margot has denied these rumors with the statement saying,

“Been working non-stop, just catching my breath. There is absolutely no truth to the ridiculous rumor in Star mag…”

It was also rumors of Jada having an affair with Marc Anthony while he was married to Jennifer Lopez, while they played in the US medical drama together. Also, rumored, he was cheating with other women and caused their divorce. I previously have spoken about this in the video I did about Jennifer Lopez. However, neither of them commented on this, so who knows.

Then Jada and Will Smith was accused of being a lesbian by transgender Arquette. There were rumors of Jada secretly hooking up in a hotel. Now, this coincides with the rumors of her having a sex addiction and believing that sex can end any argument and dispute. Now, weirdly, she admitted to the sex addiction that has since subsided but has not answered to the gay rumors.

Okay, here is the tea, it seems that Jada wanted the role in “Two Can Play That Game”, and she got shot down because they wanted someone taller. Now at this time, Jada’s career was doing okay, and she was married to Will Smith, and she had already done a somewhat sexy female vixen role in “Woo,” so this was right up her alley.

However, they gave it to Gabrielle, and because of Jada’s ego, they have been in a silent feud ever since. They were cordial about it whenever they crossed paths at events etc. Nevertheless, Jada had nothing to say to her. Because Gabrielle had taken a few roles from her around that time, Bring it On, The Brothers. Then to add insult to her injured ego, she then played the love interest to Will Smith in Bad Boys 2. Jada was pissed and jealous. However, they were very young at the time, and just like they said on Red Table talk after all of these years, they thought it was stupid to be still upset, and they both ended their silent feud.

Okay, most of us should know by now that Will, Jada, Beyonce, and Jay-Z were once very close friends. They invited them to many parties. However, it reported, and this was during the massive cheating scandal with Jay Z, and Beyonce. Who was trying to hide and deal with it by the advice from sex addict Jada, hence the “Beyonce” horny sex album? But just like they say about not being able to turn a hoe to a housewife, that includes men as well. Nevertheless, Beyonce was left lonely, hurt, and ready to rebel and also drunk at this party. Beyonce, with sexy ass, friendly, and very charming Will Smith.

You better believe she did some flirting, and she been drinking, and “you know what happens when that liquor gets into her.” Reported from the streets are saying around here in California, oh yes. It was told that she was hanging on Will at some private party, not sure which one, and they kept sneaking away to be alone, with the suggestion of tipsy Beyonce. Meanwhile, Jada and Jay were getting very agitated, and Jada then politely told Will that she wanted to go home. That was the last time invited to a private party hosted by Beyonce and Jay Z. However, please note that Will was so oblivious to Beyonce flirts and thought they were hanging out and having fun. However, outside looking in, it was a whole different picture. I believe Beyonce was making Jay jealous and wanted to hook up with Will at this party secretly. Also reported that Jay and Jada tried to keep both Beyonce and Will away from one another. Because that was not the first time, she was caught flirting with Will. Not to mention, she is a huge fan and rumored to have seen all of his movies, oh yes. May not believe this, but she had a thing for R. Kelly too, well back in the day.

It seemed that Willow went through a period when she was 10yrs old, around the time she put out “Whipping her Hair” she said she stopped her singing lessons because of being in a grey area and did not know what to do with herself or who she was. She also stated that after the tour, she started listening to dark music and plunging into a black hole — this what stated.

“I didn’t see that part. Cutting yourself where?”

Willow revealed tiny scars on her wrist and said,

“I mean, you can’t even see it but there’s still a little something there. But like, totally lost my sanity for a moment there. I never talk about it because it was such a short weird point in my life.”

This is defiantly the stage of “infestation,” whereas she was being taunted by demons that got attached to her when she was on tour. However, something happened, and she refused to complete her album. Well, that is it, I can go deep into the fact of Jada also being a Hollywood sex slave for the elite. But I have explained that in many videos.